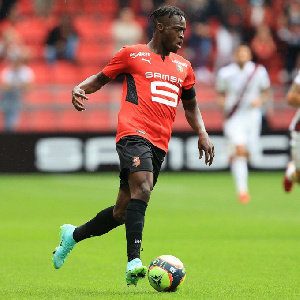 Kamaldeen in action for his side

Ghanaian teenage sensation Kamaldeen Sulemana has made lequipe.fr’s best XI for the first round of the French Ligue 1 matches following his delightful debut for Stade Rennes.

The 19-year-old forward needed only fourteen minutes to net his very first goal for Rennes in the opening day of the new season on Sunday.

Sulemana’s goal was cancelled by Ivorian midfielder Seko Fofana as Rennes drew 1-1 with RC Lens at the Roazhon Park.

He was replaced by Belgian winger Jeremy Doku in the second half of the match.

The highly-rated forward completed a move to Rennes this summer from Superliga side FC Nordsjaelland after the Danish side beat Dutch giants Ajax for his signature.

Sulemana’s transfer costed the Brittany club for a fee arising to 21 million Euros including add-ons smashing Africa’s record of most expensive teenager.

Below is the team of the week: 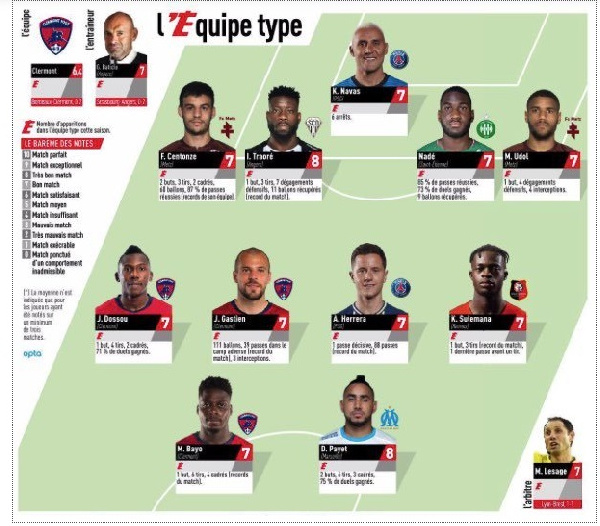 FPL Gameweek 2: Salah and 4 other players you should make your captain

Efia Odo details why men don’t show off their girlfriends