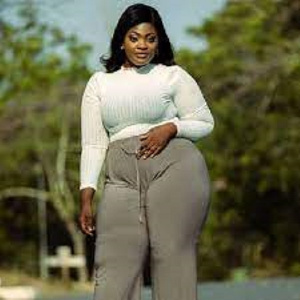 Shemima of Date Rush fame has revealed that she prefers old men who are between the ages of 40 to 90 years. She added that once a man is responsible, being a sixth wife would not be a problem.

In a chat with SVTV Africa, Shemima indicated that she is single and searching for a middle-aged man who can cater to her needs. According to her, she does not have a type but he must be above 40 and has a car.

“It’s not a big deal should someone gift me a car. Transport is everything now and so I can’t date a man without a car. I like old and mature men from 40 to 90 years,” she told host DJ Nyaami.

Being polygamous, Shemima stated that she does not mind “being the sixth wife to Mr. Kweku Oteng because not only does he have money, but he also believes in polygamous marriages.”

She spoke on subjects such as hookups, social media, and other revealing personal information. On the subject of hookup, Shemima mentioned that such ladies are into the act due to inadequate jobs in the country.

Kindly watch the full interview below:

It is really time to complete – Chelsea star Havertz vows to silence doubters...