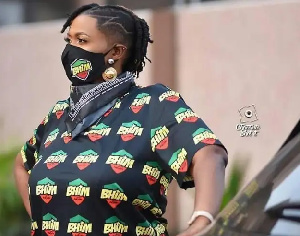 Ayisha Modi is a music investor and an artiste manager

Ayisha Modi has called on the Inspector-General of Police (IGP) George Akuffo Dampare to as a matter of urgency arrest Afia Schwarzenegger, Tracey Boakye, and Nana Agradaa.

According to her, these people should not be spared for all their atrocities particularly the ones they have committed in the full glare of the public in recent times.

She strongly believes that if Rev. Owusu Bempah could be arrested to prove that the law indeed functions, then Afia Schwarznegger and her cohorts should equally be arrested.

“What happened to their cases? Are these fools above the laws of the country? if the IGP wants us to trust in the police service, then he should open these cases up. He should arrest some of these fools and investigate their cases. If not, then Rev. Owusu Bempah’s arrest is a setup. My opinion. So keep ur own opinion in ur pocket or bank account. These fools committed the worse crimes yet are walking freely so is Owusu Bempah’s case different?” she stated on Instagram.

“We should not be hypocrites in this country. Agradaa has done worse than someone just walking to her house with his boys. She’s a criminal and she admitted it. What is happening to her case?” Ayisha Modi Added.

105 people arrested in Tema for failing to use encounter mask

I have serious trust issues and I need a personal nanny for myself –...