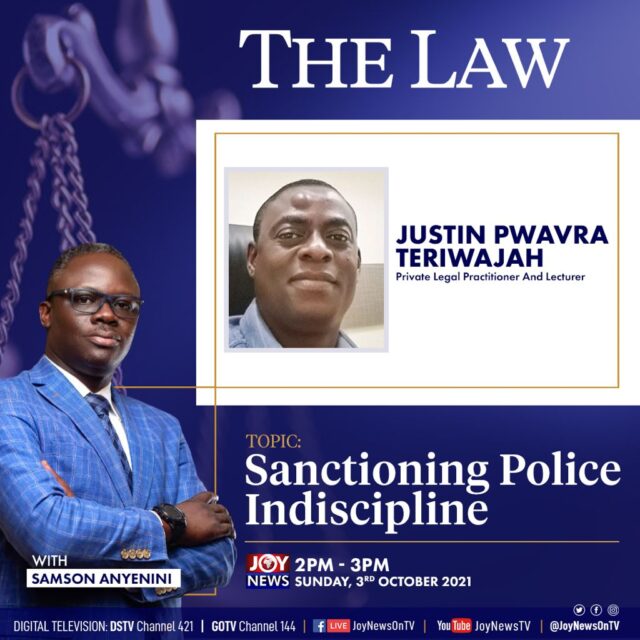 Today on JoyNews’ legal clinic, The Law looks into sanctions for Police indiscipline per the 1992 Constitution.

This comes after some security officers assaulted a number of residents in Tamale during an arrest. The residents were said to have been using electric power illegally.

In a video sighted by JoyNews, the officers are seen whipping individuals who had been handcuffed.

After the incident, personnel of the Regional Police Command, among other things, visited the victims and paid their medical bills. Meanwhile, the Acting Inspector General of Police, Dr George Akuffo Dampare, has given his word to look into the matter.

As a result of the incident, the staff of the Northern Electricity Distribution Company (NEDCo) in Tamale withdrew their services over an attack on their offices by some youth of the town.

Housemate to be charged over murder of LGBTQ activist