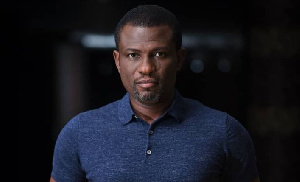 Some veteran actors and actresses, as well as musicians, have come out publicly to solicit funds to support themselves in their troubling times because they have no one to rely on.

Some have died in their deplorable conditions due to the lack of support from managers of the industry.

Oboy Siki speaking on Kumasi-based Angel FM’s entertainment show hosted by Ike De Unpredictable, monitored by MyNewsGh.com, explained that the Deputy Minister who has been in the Creative Arts industry should know better than organizing workshops for the industry players.

According to Oboy Siki, the sector minister and his deputy have organized series of workshops that have not had any positive impact on the welfare suffering members of the industry.

“They will wait for an actor, actress, and musician to come out and beg for money before they will contribute to supporting the person while some will not even get the support,” Oboy Siki explained.

He added that “If the Minister and Deputy Minister of Tourism, Arts and Culture put measures in place which will improve the welfare of the Industry players, nobody will come out to beg for money.

“Mark Okraku Mantey has been in the industry for so many years but ever since he was appointed as the Deputy Minister, all he knows is organizing workshops without thinking about the welfare of the industry players,” he disclosed.

It looks like government has decided to make artistes poor – Gasmilla

MzVee opens up on how a failed relationship inspired her song

Ne-Yo gets candid about his marital issues amid divorce