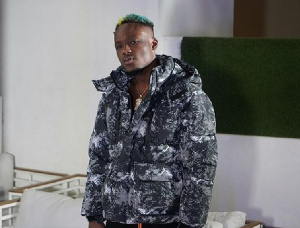 • Okese1 claims that someone owes him monies

• He alleges that someone is not being loyal

Singer Okese 1 known for his hit single ‘Na Today’ has thrown subtly jabs on Snapchat but fans say his shades were directed at Medikal for failing to acknowledge him in a list he recently released.

The Sowutuom rapper omitted Okese 1 from the list, this, fans say, made him attack Medikal.

In what appears to be a reaction to the list, Okese 1 on Snapchat said:

“I would b crying on my death bed if I wasn’t alive to spit facts n truth…U don’t preach loyalty n fan fool people u claim u will b grateful to forever”.

In a separate post he added: “Niggas can’t talk of helping me… cos I paid for every shit…n on top of it…they owe me several loan with proves n voice notes! I command the security service! If I needed my money… ur account would be long overdrawn.”

The former friends who collaborated on two songs back in 2020 have been at each other’s throats.

Hudson-Odoi leaves door open to playing for Ghana in future