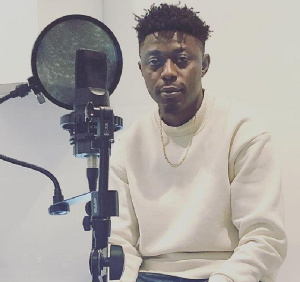 Ghanaian music producer, Joseph Kwame Addison, popularly known as Killbeatz who is currently on a visit in the United Kingdom has been robbed.

On Saturday night, robbers broke into his car which was parked at the Doubletree Hilton in Ealing and made away with some valuable items including his Ghanaian passport, laptop, hard drives, and money.

In a post sighted by GhanaWeb on his social media pages, Killbeatz announced a reward package for any persons with information on how to get his stolen items.

It is not confirmed if the robbery case has been reported to the UK police, however, he has released a contact that individuals can reach on.

Killbeatz added that his laptop contains files that he cannot afford to lose.

“Hey guys last night my laptop, hard drivers. passport, money…got stolen, the car was parked at the Doubletree Hilton in Ealing and it was broken into…I’m here from Ghana working so laptop is needed and my passport is needed so I can make my return back to Ghana!!!! Happy to give a reward for the return of my items!! DM me or call 07448018146/07882409352,” he wrote.

Killbeatz is a music producer and sound engineer from Tema who has worked with artistes including King Promise, Ed Sheeran, Sarkodie, Kwesi Arthur, DarkoVibes, Ofori Amponsah. 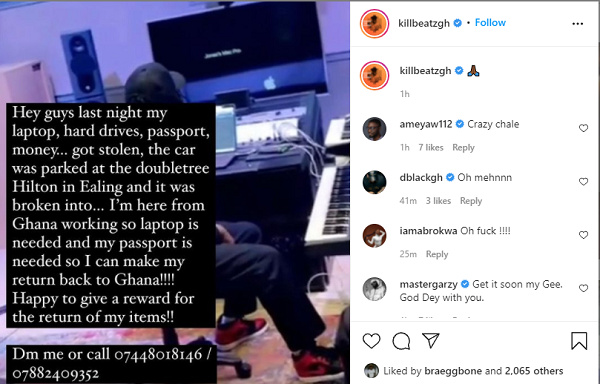 Amarkine Amarteifio: The powers that lie in us: reverse normalisation, curated virtues and return...

Covid-19: Madagascar cure should not be despised – Okudzeto Ablakwa