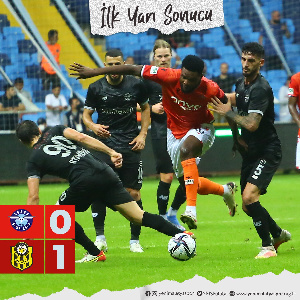 Tetteh opened the scoring in the 36th minute on the road against Adana Demirspor.

The Yellow and Blacks secured a 2-0 win late on in the match following an own goal by Ivorian guardsman Simon Deli.

He was a second-half substitute in the 3-1 first-leg win at the Cape Coast Stadium and was handed a starting berth in the return leg.

The Black Stars won that match 1-0 in Harare thanks to a stupendous Thomas Partey free-kick.

How I ended up in American prison for trafficking cocaine