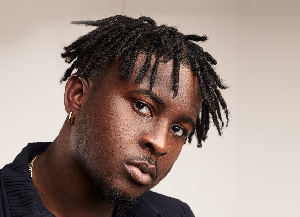 Budding musician Korsah has said he was inspired to go into music soon after he lost his mother in 2015.

The event was devastating but he drew inspiration from it. He moved to Accra where he found his love for music. As a young boy, he grew to appreciate Ghanaian music but decided to add a new dimension to it when he got the chance.

When Korsah decided to go into music, he took time to understudy music and decided on his genre afterwards. Since then, he has been an admirable figure to many.

Korsah took music professionally in 2015 and has made a statement since his debut. His resilience, consistency, and passion have seen his career move swiftly to the top. He has been an independent artist since his debut but with close relation with BMW music based in Chicago and 610 music headed by Kofi Sonny.

Korsah’s outstanding talent came to light when he released “Snapchat” in 2015. The song went viral on all platforms.

He went on to release amazing songs like “Free Me”, “I Did It”, “Hold On”, “Show Something”, “Bloom”, “Ahh” among others. He has worked with amazing artists, such as Flowking Stone, Broni, and Kofi Mole.

The rapper believes that the best kinds of music are not the ones that are made with noise, instead, they are those which have a clear message and authentic sound.

What Kotoko enthusiasts should assume from new board

Attack on Blakk Rasta an affront to liberty of speech