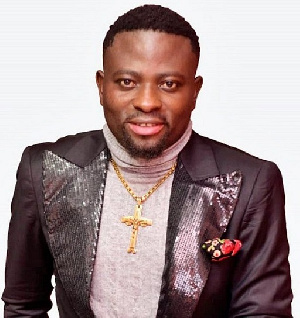 Ghanaian gospel singer, Brother Sammy, has explained why he believes in sex before marriage although the bible kicks against it.

According to the ‘Nation’s Worshipper’, his stance is borne out of a true life experience, and as such, he can never depart from it regardless of what the bible says.

The gospel singer cited an instance where a Pastor after marrying his wife and on their first night together discovered a surprise.

According to Brother Sammy, the Pastor who was all charged up to enjoy his wife for the very first time discovered that she was a hermaphrodite.

He added that although the Pastor has regretted his decisions he could not opt for a divorce.

It was due to this incident that Brother Sammy decided to discard the idea of pre-marital sex.

He made this revelation during an interview with UTV’s United Showbiz.