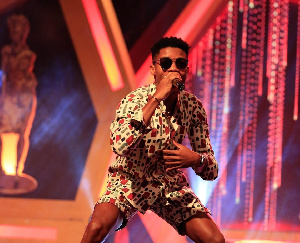 Off his second studio album, KiDi’s ‘Touch it’ has been ranked 7 on Triller’s Top10 Global chart.

‘Touch it’ since its release on June 23, 2021, the song has done very well on mainstream media and amassing huge numbers on various digital platforms leading to the “KiDiTouchItChallenge” on Tiktok, which has gone viral in so many countries.

The song also debuted at number 67 on the Top 200 Global Popular Songs on the Shazam Music Charts and 20 on Billboard’s World Digital Song Sales chart.

The official video of the song has garnered about 12 million views on YouTube.

Angry Indians Burn Their gods Over Failure To Protect Them From COVID – Watch...

Akufo-Addo expresses condolences to Zambia over death of ‘iconic’ Kaunda