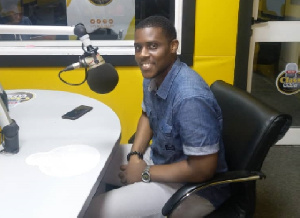 Ghanaian Gospel musician, Luigi Maclean, has reported per his observation that Christians are starting to put their pastors in place of God.

According to him, it looks like people are beginning to forget that the pastors are only a medium to get to God and his word, and they are now exalting the pastors instead.

This, he said, is an example of the things prophesied in the Bible to happen in the last days.

“When you go to churches, humans have become the face more than Jesus and it’s like a trend now. You will see the church members exalting the pastor like he is the image that they are looking at instead of God,” he said.

Luigi clarified that it is not exactly the pastors in question but the members who are now giving God’s glory and respect to their pastors. He warned that this must stop immediately because that is not how it is meant to be.

He noted that no matter what a pastor does in church or no matter how powerful he seems, it is not by his only strength and knowledge, hence, people need to remember where and from when the pastor derives his power from, which is God, and give the due respect to Him, not the pastor.

I was ‘bribed’ to skip a Hearts of Oak clash

George Andah requires retraction and apology from ‘Corruption Watch’ for citing him in vote-getting...