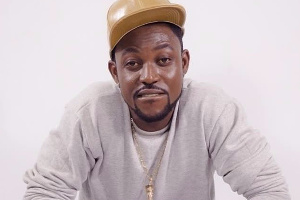 Yaa Pono is a Ghanaian rapper

Ghanaian rapper, Yaa Pono has begged the Inspector General of Police (IGP) Dr. George Akuffo Dampare to release his ‘son’ Shatta Wale so he can teach him a lesson.

The Uptown Energy boss made these comments following the news that Shatta has been remanded for one-week.

According to Yaa Pono, the IGP should release the Shatta Movement boss so that so he’ll continue to taunt him on social media.

Yaa Pono added that he can personally handle Shatta’s case and make him turn over a new leaf.

“Oh so who I go worry den Dey en top, pls papa see to ma pikin Shatta Wale make he come home make I deal with am #ponobiom #sovran.” he wrote on Twitter.

Meanwhile, the dancehall artiste and three other accomplices have been remanded into prison custody for a week.

They were remanded by an Accra Circuit Court on Thursday, October 21, 2021, on their first appearance in court.

Meanwhile, you can watch this week’s episode of Bloggers’ Forum below.

So Nana Addo are not able to do absent with the creation of superfluous...

Vanessa Calloway Reveals She Was Rejected From Coming To America’s Lead Role For Being...