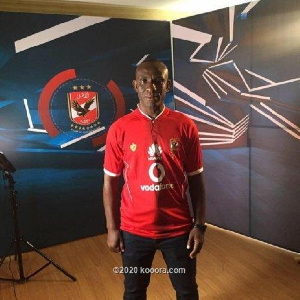 Felix Aboagye, who is the assistant coach of Great Olympics had stints with the Egyptian club during his playing days.

The 45-year-old featured for Al Ahly between 1993 and 1998 chalking a lot of successes with the club.

He later played for fellow Egyptian giants Zamalek between 2001 and 2002.

According to him, he is hoping to coach his former employers one day and win laurels for the club.

“I remember winning titles with Al-Ahly, and I do not forget the match with Zamalek’s withdrawal, and winning the cup at the expense of Mansoura, and I also hope to train Al-Ahly one day as one of the former red team players and visit Egypt soon,” he said.