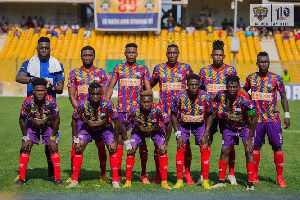 The Ghana Football Association President Kurt Okraku announced at the winner of the 2021/22 league will earn GH¢250,000 as prize money.

It is the same amount Hearts of Oak received following success in the 2020/21 season.

Aside from the money, the winner will also receive a trophy and 40 gold medals as a reward for a job well done.

In Division One, Winners of the various Zones (One, Two and Three) will also receive a brand new car and 40 medals as reward packages in the second tier competition while the second-placed teams take home GHC 30,000 and 30 silver medals each.

The Ghana Premier League will commence on Friday with newly promoted side Accra Lions taking on Elmina Sharks in the capital.

You Are All To Blame – Reggie Rockstone Blames The Media And Bloggers For...