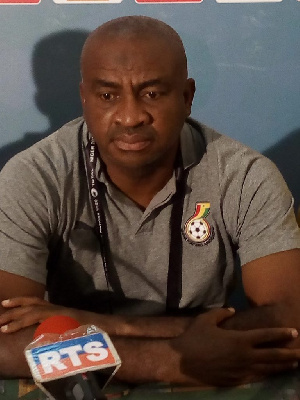 Head coach of King Faisal Babes, Amadu Nurudeen has revealed that the objectives of the club is to develop more players and cash out on them.

The Insha Allah boys survived relegation last season after holding Liberty Professionals to a draw on the final day.

The Kumasi-based club also financially benefited immensely from the transfer of their top striker, Kwame Peprah who left the club after the end of the previous season. Peprah joined South African side Orlando Pirates for a fee speculated to be in the region of $150,000.

After overcoming relegation with just a point difference, coach Amadu Nurudeen has professed that they are looking forward to finish in the mid table of the league.

“The target is to get to the mid table of the league and also those struggles that we struggled before,” coach Amadu told TV3.

According to him, the team is relying on some of their top strikers to stay in the league.

He also noted that the daily affairs of the club rely solely on finances, hence, their topmost priority is to make more money by nurturing talents and shipping them out of the club.

“We have the big guys there so when we get to the middle of the table, we will be okay. But the thing our bankroller wants is that we should develop our players and get them out of our country or at least sell them locally so that the bankroller, Alhaji Grusah will be always happy,” the gaffer said.

He added, “If you don’t develop a player’s your financing is very difficult.”

King Faisal had a good start to this season’s Ghana Premier League, beating WAFA by 1-0 at the Baba Yara Sports Stadium.