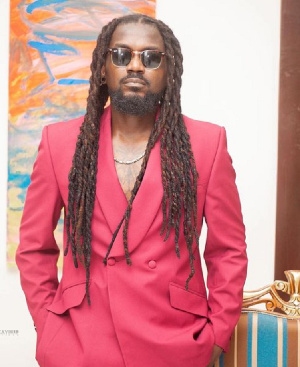 Dancehall artiste Samini has opened up about his relationship with his prodigy Stonbeow.

According to him, unlike the days that they worked together, they are not as close as they used to be.

Samini made this known when he spoke on Accra-based Joy FM in an interview.

He said certain happenings after Stonebwoy became an independent artiste has drawn them apart.

“I can honestly say on Joy FM that I’m too old to sit here and lie or throw dust in peoples eyes or fake. Me and my younger brother ain’t as nice as we use to be as I use to know him because of certain occurrences I did not expect during or along the line in our careers and he had become Independent and I was also still A-List,” he said on Accra-based Joy FM.

Samini further indicated that he used to have a good rapport with his prodigy and has on several occasions defended him so he was lost when Stonebwoy said when he needs him he is not there for him.

“He has a way of linking me on a message and I have a way of telling him to cool down, maybe don’t talk too much on radio, maybe do this, maybe do that so if I know that me and you have that rapport and I hear you on radio say that when you need me I’m not there it hurts, it makes me sick and break down like is he saying this to just keep the thing going? or is he saying that because now I don’t know what’s happening but it looks if I’m part of the thing then he doesn’t look as prominent in the room anymore because I didn’t get that response.”

Adding that ” those were the things that hurt me because I don’t know how or where I sold out Stonebwoy. If you hadn’t done that Interview Seani B and you know that I have messages that prove that I’ve been there for you. I have done radio interviews based on what you’ve told me, I will message a radio DJ and tell him to put me on I want to talk about my guy’s thing based on messages you’ve sent me backdoor that I beg If you don’t say anything it is not looking good. So someone like that if you go back on air and say I’ve not been there for you thinking I don’t have a mouth to come and say anything one fine day I will sit on Joy and also get emotional and I will probably spill a bit of it like I’m spilling now”.

Stonebwoy in his formative years was a member of the high-grade family until he left to be a solo artiste.

From the High-Grade family, Stonebwoy formed the Burniton Music Group; a record label that has produced all his hit songs.

Akuapem Poloo phone calls out Lydia Forson for ditching roles due to the fact...

All you have to have to know about the budding artist