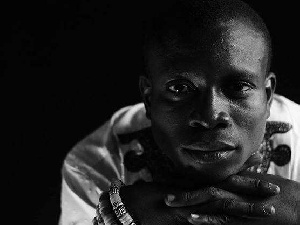 Ghanaian highlife musician and guitarist, Fatau Keita has asserted that the rap genre is not for Ghanaians but rather a foreign genre we have adopted.

Being in the music industry for about 15 years he stated that, it is important for us to push what belongs to like we do for the others.

In an interview with Foster Romanus.TV Ghana’s Late Nite Celebrity Show said, “Rap is not ours. It is a foreign genre although Ghanaians are claiming it’s for us and was originated by us, I disagree with them”.

He noted that what belongs to us is singing and it is seen in our culture too.

“We have been singing since the times of our forefathers. We sang during wars, when I go to the mosque to pray I hear the Imams singing, at the shrine too it is the same thing. They sing and do not rap there”.

He sees singing more like something spiritual and is of the view that we should embrace what belongs to us and do that more than rap music which does not.

I’ll be elected President of Ghana at age 68

We will have to develop a culture of equality and respect if we want...