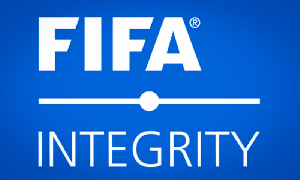 The Federation of International Football Association (FIFA) has rejected South Africa’s petition seeking a replay of the 2022 World Cup qualifier against Ghana.

FIFA has rejected the petition on the basis that “the protest lodged by South Africa has been declared inadmissible.

“The protest lodged by South Africa has been declared inadmissible by the Disciplinary Committee as it did not meet the requirements foreseen under art. 46 of the FIFA Disciplinary Code and art. 14 of the Regulations of the Preliminary Competition of the FIFA World Cup 2022,” FIFA said in a statement to Ghanasoccernet.com on Friday.

FIFA informed SAFA of the option of appealing the ruling.

“The decision is subject to appeal.”

South Africa lodged complaint at world football’s governing body over suspicions of match-fixing and match manipulation in the Bafana Bafana match against the Black Stars of South Africa on November 14, 2021.

Senegalese referee Maguette Ndiaye was accused of unfair officiating after he awarded a penalty to Ghana.

South Africa in their petition alleged betting hikes and other foul plays in the game and prayed FIFA to order a replay of the game.

Daniel Amartey earned Ghana a penalty which was converted by captain Andre Ayew to send Ghana to the final phase of the qualifiers.

Chris Hughton has not been picked as new Black Stars coach; talks with Otto...

Mohammed Kudus, two other Ghana players named in IFFHS CAF U-20 staff of the...