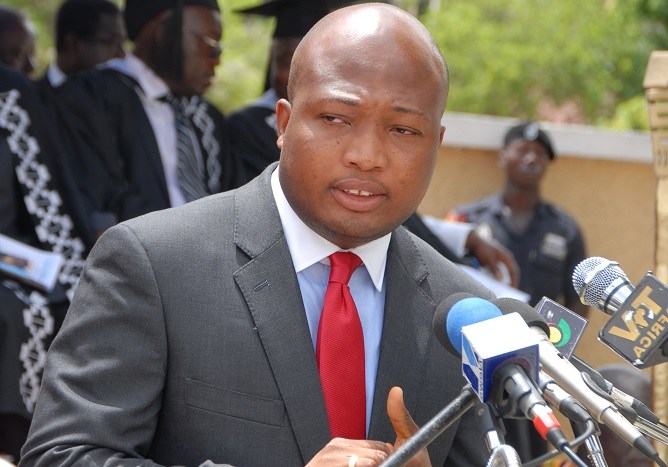 Taking to his social media pages, he claimed that the money that will be spent on the collection of the levy is far more than the annual allocations to several ministries and agencies put together.

“This is how humongous the e-Transaction Levy Services is. We must unite and foil this e-Robbery!” the lawmaker said on Twitter.

His claim however elicited a vehement reaction from his colleague Nsawam Adoagyiri Member of Parliament, Frank Annoh-Dompre who referred to his comment as dishonest.

He also took to the same platform to dismiss Mr Ablakwa’s claim, saying:“It is dishonest to conclude that indicative costs for services shows wrongdoing. Obviously, GRA, which will take the lead with the revenue collection, is no one’s personal company.

“If it becomes necessary to include a third party, transparent procurement processes will apply.”

Annoh-Dompre went further to urge his colleague to stop peddling baseless speculations and get his facts right.

“Again, the fact that you conveniently ignored allocations for YouStart, Agenda 111 & GhanaCARES shows the intended mischief of these baseless allegations. I suggest you confer with your leaders in Parliament and provide an evidence-based critique rather than these speculations,” he added.

Meanwhile, the Deputy Majority Leader Alexander Afenyo-Markin has alleged that the National Democratic Congress minority in parliament has agreed to the government’s controversial E-Levy but for fear of criticism, they come out to throw dust in the eyes of the public.

Speaking on Newsfile on Saturday he said emphatically that the two sides of the legislative house have reached a consensus on the imposition of the E-Levy.

He added that the NDC had always supported the E-levy but disagreed on the percentage, asking for a reduction, which the government is considering.

“The E-levy was a position by the collective, if they have changed their position I would be surprised. But let Ghanaians know that on the E-levy, the NDC agrees with the NPP that we need that E-levy,” the Effutu MP stated.