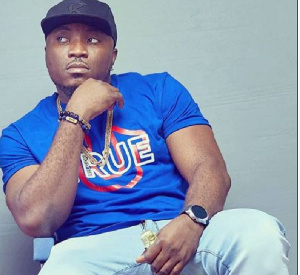 I will speak against a party I endorsed if they underperform, DKB

Ghanaian comedian, Derick Kobina Bonney, widely known as DKB has lashed out against celebrities with political affiliations who according to him, ‘pretend’ to speak for the populace when their party perform woefully in government.

His tweet dated December 6 has received nearly 400 retweets with backlash from followers of celebrities who felt their superstars were targets of his message.

He wrote: “Nothing annoys me like a celebrity who has shown party colors but thinks we can’t see & tryna pretend to be speaking for the people.

“Me DKB I be fucken real, if I ever endorse a party & things aren’t going well, I’ll fucken say it! The fans are not stupid, they see everything!” he added.

Reacting to his post on Monday, some tweeps asked DKB to call out his colleagues who are guilty of such actions.

Meanwhile, rapper Sarkodie on Monday in a viral tweet cried about the hardship being experienced in Ghana.

“The people are going through it !!! We always do !!! All we ask for is the right environment to hustle/ be productive,” the Sarkcess Music boss wrote. I did not want to be chief but it had a spiritual backing –...

Discovered – Pastor Sylvester Ofori Allegedly Killed His Spouse For the reason that She...