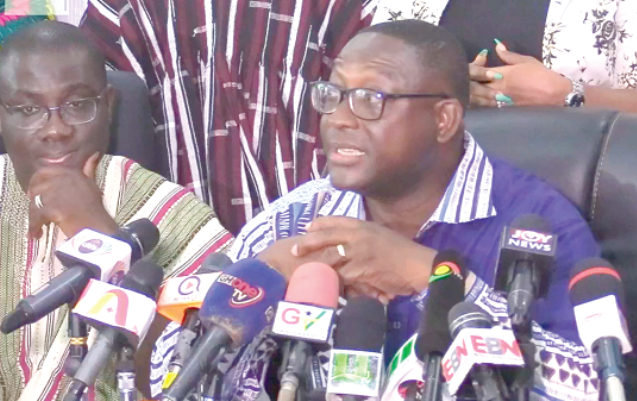 According to him, whenever fuel price increases, it affects the prices of goods in the market, hence, the introduction of the E-levy adding that when Ghanaians accept to pay the 1.75% E-levy, the government will not increase fuel prices which will affect goods in the market.

He also called on Ghanaians to support the government by paying the proposed E-levy to reduce borrowing from international financial institutions.

Speaking on Accra-based Peace FM, the former Adenta MP said “When the government increases the prices of fuel, the cost of production will increase leading to inflation which also leads to poor performance of the economy.”

He added that the 1.75% E-levy will put the country into a new economy which will reduce the burden on Ghanaians.

“The E-levy investment is our saviour. By God’s grace, when he gets the 6.9 billion and we plead that Ghanaians will accept that we do this, when that happens, we will see what the money will be used for. You will know this sum of money is used for road construction, so you will see the roads being constructed. You will see that the money is being used for youth employment, to defray our debt and so forth,” Buaben Asamoa noted.

Europe is in a new phase of reopening, but it is hardly a return...

DJs Union Of Ghana to hold health walk on July 31