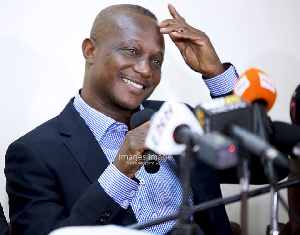 Asante Kotoko legend, Kwasi Appiah has disclosed that monetary rewards from supporters inspired the team to the CAF Champions League in 1983.

Club legend, Samuel Opoku Nti, scored the only goal for the Porcupines at the Kumasi Sports Stadium.

Sharing an insight into what inspired the team to such a feat, the former Black Stars coach disclosed that the benevolence of supporters and board members motivated them to play their hearts out.

“The supporters really helped us, especially after a league match, when you go and pass Adum. Anytime you walk around in the market, the fans will be offering you money,” Kwesi Appiah said on Ashh FM in an interview.

He added, “Because we were playing our hearts out, the fans were giving us little to add up to the salaries we take. When start strolling from Adum to Kejetia, you end up filling your pockets with money.”

According to him, getting monetary rewards from fans is one of the advantages Kotoko players have over their rivals Hearts of Oak.

“Hearts of Oak players were always fighting us because they said whenever we go out people are generous to us. But for them, it’s their fans who rather demand money from them. So this are some of the advantages of playing for Kotoko,” Kwesi Appiah stated.

Mahama will be judged on his abysmal record [ARTICLE]