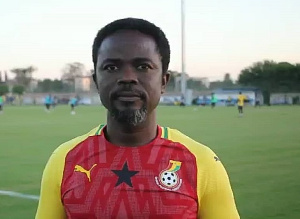 Award-winning sports journalist and head of sports at the Despite Media Group, Dan Kwaku Yeboah has bagged a Master’s degree in Communication Studies from the University Of Cape Coast.

Dan Kwaku Yeboah was a part of the 2021 graduating class who attended their congregation over the week.

Tell the world about the new feat achieved, he took to his social media platform to write: ‘To God be the glory for seeing me through successful graduation. (MA Communication Studies)’

He is also an author who has written a book entitled; Coach Hene: Football’s Gift to Mother Ghana ( A book in Honor of Former Black Coach; Afranie).