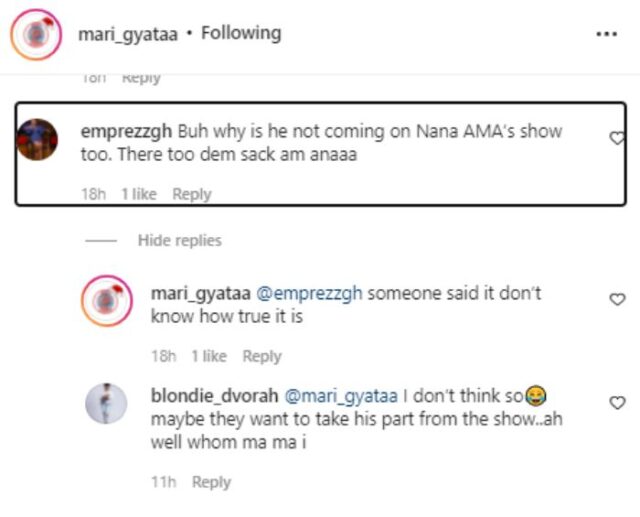 A report has gone viral that he has been sacked by Ghana Education Service from his job as a primary 4 teacher at Akrofuom D/A.

A few days ago, Teacher Kwadwo broke the news of his dismissal from his position as a teacher. He disclosed that his campaign against the GES is the reason why he’s lost his job.

However, the GES has disclosed in an official statement that Teacher Kwadwo has shown ‘high level of insubordination’ towards the District Director, the School Improvement Support Officer and the Headteacher.

The statement also revealed that Teacher Kwadwo absented himself from school 55 times in the 2021 academic year and he also refused to show up when he was called to face disciplinary committee to explain himself.

For that reason, he’s been sacked and his headteacher demoted for failing to discipline him and tolerating his disrespect.

In the midst of this unfortunate incident, there are rumours that Teacher Kwadwo has been sacked from Nana Ama Mcbrown’s United Showbiz show.

For over two months, Teacher Kwadwo hasn’t made an appearance on the show. Fans thought that he was absent because Nana Ama McBrown travelled to seek medical attention in Germany, but he has still not shown up though McBrown has returned for almost a month.

Apparently, there are claims that he’s been sacked from the show or his segment has been taken out!

That is very unfortunate because the United Showbiz Show could have been his safe haven.

VIDEO: “Don’t Make Me Will Smith Me A N****” Lil Wayne Quote From A Song Released 3 Days Before Chris Rock’s Slap

Appointments Committee to vet Charles Adu-Boahen, O. B Amoah and 2 others today

Next time any radio presenter asks me about fraud, I’ll wander out – Medikal...