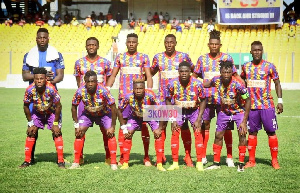 The Phobians, who are title-holders, have underperformed so far in the season, winning 3, drawing 5 and losing 1 out of the 9 games played so far.

Hearts of Oak’s biggest rivals Asante Kotoko have taken a commanding lead at the summit of the table with 23 points from 10 games – 9 points better than the Rainbow club.

Despite the gulf in points between Hearts of Oak and Kotoko as well as King Faisal, Bortey has insisted Hearts of Oak will win the title.

Hearts Pobiman challenge to be done by the middle of 2021

Mahama will continue to be an opposition leader for the rest of his life...