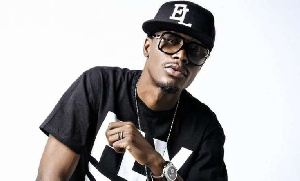 Ghanaian rapper and record producer, Elorm Adablah better known by his stage name E.L has revealed that he doesn’t vote during elections.

Stating reasons why he doesn’t honour his civic duties, the ‘KaabuBuAme’ crooner said non of the political parties have proven to be worthy.

Talking to Amansan Krakye on the Kastle Entertainment Show, E.L said he’s non-partisan and he’ll like to see Ghana move forward more than our current status.

He stated “I’m a citizen of Ghana and I would like to see that the country is moving forward. Moving forward more than the things we are seeing right now.

“Because it’s not about party politics as for me I’m nonpartisan and some people can choose to believe me or not but the fact is I’m not interested in the parties,” he explained.

BUSTED: Stonebwoy Outed for Allegedly Sleeping With Low-priced Prostitutes And Little one Mamas On...