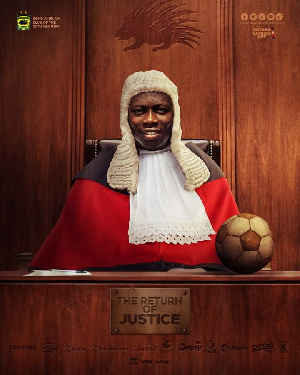 Midfielder Justice Blay has sent a touching farewell message to the supporters, players, and staff of Medeama SC after signing for giants Asante Kotoko.

The 29-year-old midfielder left the Tarkwa-based side to Kumasi following the expiration of his contract.

Justice Blay has re-joined the Porcupine Warriors on a two-year deal after successful negotiations.

The experienced midfielder posted the message below on his social media accounts on Saturday night to express his appreciation for the time he spent at the club.

He spent the 2019/20 season on loan at Kotoko where he made 19 appearances and scored three goals before returning to Medeama in June 2020.

Blay made seven appearances and scored once for Medeama in the Ghana Premier League this season.

Samson’s Take: Where is the leadership, Mr President?