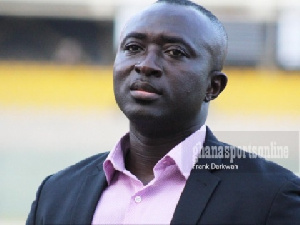 Former Ghana striker, Augustine Ahinful believes he is qualified to become the next Black Stars coach.

According to him, despite being qualified with certificates, the mentality of football administrators at the helm is what prevents him from assuming the position.

The former Black Stars player disclosed that the Ghanaian football system has been made to frustrate and ruin one’s term as coach in the national team.

“I am capable of coaching Black Stars because I have the certificate that merits to coach any team,” the former Ashgold striker told Kumasi based Wontumi Radio.

“I know my qualities as a person and as a coach but I prefer to stay focused and do what I love doing because the mentality of our administrators in the country is poor and they can frustrate you to fail and that is ruining our football,” he added.