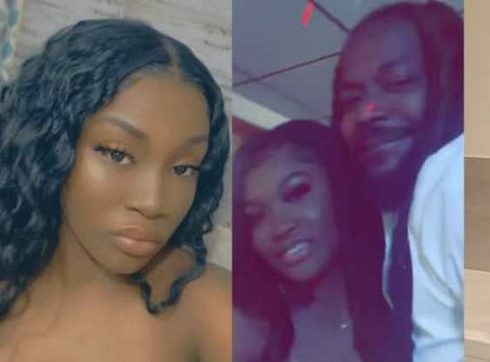 Reggae and dancehall artiste Samini celebrated his daughter, Theresa, after she turned 18 on Tuesday, February 8.

A series of posts on Instagram showed that Samini, alongside family and friends, threw a surprise party for the young lady who clocked a new age. The party was held in New Jersey, where Theresa is based.

In some of the videos posted, Samini admitted his daughter is beautiful; however, that is not the go ahead for boys to pursue her.

“She’s 18 guys lol, guns loaded out here, please just know,” he wrote on one video and in another, he noted, “…just keep off if you know my gate.”

Meanwhile, Samini noted he was happy to see his daughter grow. However, to ensure the milestone was celebrated, the Obra hitmaker noted that he had to leave everything he was doing to surprise his baby girl.

Captioning his post, Samini stated that his daughter is everything a parent could ask for. He called her his friend, stylist and his heartbeat.

“This weekend is dedicated to my baby as she turns 18 …. Had to put everything on hold to be here for this, and I’d do it over and over and over again. My baby is a big girl now, and my guns are even bigger lol. #akyesaaaaaaaaaa the world is yours, baby,” he wrote.

Don’t push people into nursing because there are no jobs; let them choose out...