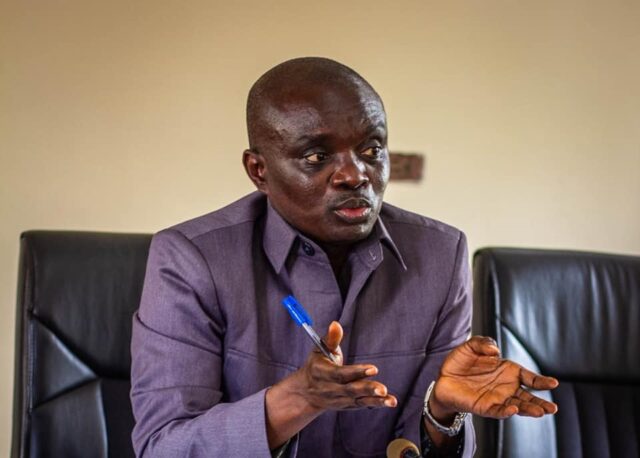 The family lawyer of the Ahanta West MP has dispelled claims that Ebenezer Kojo Kum has passed on.

According to Joe Mensah, Chieftaincy and Religious Affairs Minister was critically ill some three weeks ago, but he is currently recovering.

“Kojo Kum suffered stroke but he is not dead…He is very well. About three weeks ago, he fell sick and was admitted to the Korle Bu Teaching Hospital for two weeks until he got better and was discharged.

“Currently, he is home and getting better. As I speak to you, he can eat, talk and do everything as expected but he is still recovering,” he stated.

Mr Mensah’s response comes after reports that the MP had died on Tuesday morning.

The rumours predicted an imminent by-election, which would definitely have an impact on the composition of the near-hang Eighth Parliament.

But speaking on Adom FM’s Dwaso Nsem on Wednesday, the family lawyer refuted the claims.

“Kojo Kum is doing very well, so disregard the information circulating about his death because it is false,” the former Kwesimintim MP stressed.

As one who frequently visits the recuperating lawmaker, Mr Mensah gave the assurance that his client will soon recover and take on his duties as MP and Minister as expected of him.

“The way Kojo Kum is recovering, I can tell you that between three-four weeks, he will return to Parliament. If you go and visit him now, and you see how he is doing, you will be surprised,” he noted.

Benjamin Arthur joyful to be a part of Medeama, pledges to contribute his little...

We really do not know WABBA, GBFA is the only identified bodybuilding federation –...