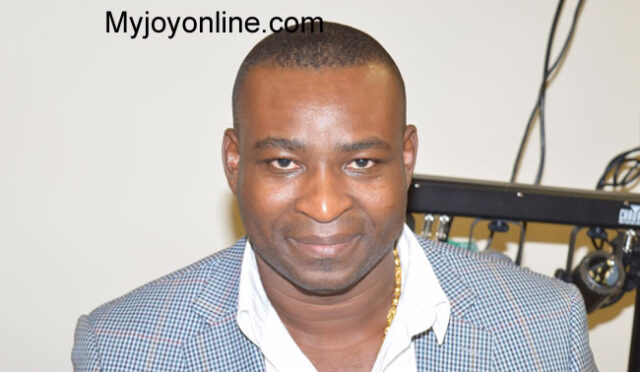 The Member of Parliament for North Tongu, Samuel Okudzeto Ablakwa, says the governing New Patriotic Party (NPP) should not burden Ghanaians with the introduction of the Electronic Transaction levy (E-levy).

According to him, instead of holding numerous Townhall meetings to persuade Ghanaians to accept the levy, government should rather engage the party’s Ashanti Regional Chairman, Bernard Antwi-Boasiako, popularly referred to as Chairman Wontumi, for assistance.

In a tweet, Mr Ablakwa lightly noted that Chairman Wontumi must be engaged because of some $3.1billion at his disposal meant for the purchase of Chelsea Football Club.

The North Tongu MP believes the money should be channeled into developing Ghana’s economy.

“It seems we should urge Finance Minister, Ken Ofori-Atta, to contact Chairman Wontumi for a bailout.

Why go through all that stress pleading with Ghanaians at tortuous town halls to accept the obnoxious $1bn worth E-Levy when Wontumi can easily rescue Ghana before saving Chelsea?” he quizzed.

Why go through all that stress pleading with Ghanaians at tortuous town halls to accept the obnoxious $1bn worth E-Levy when Wontumi can easily rescue Ghana before saving Chelsea?😂

This follows reports that Chairman Wontumi has submitted a bid of $3.1billion to purchase the Football Club.

In a letter submitted to the Club, he noted the readiness of his legal team to commence negotiations.

Speaking on Wontumi TV on Facebook, Bernard Antwi-Boasiako said he intends to bring Brazilian and Real Madrid Forward, Vinicius Jnr, into the team should he succeed with his purchase of the Club.

He added: “If I purchase the Club, Lukaku has done his best but I would transfer him to a different club and have talks with Manchester United if I can get Ronaldo into my squad and try to get Messi from Paris Saint Germain as well into the team”.

Following Russia’s invasion of Ukraine, Roman Abramovich, put the club up for sale.

On revenue generation, the introduction of the E-levy has been met with stern opposition from the Minority in Parliament and some members of the general public.

They argue that the levy will worsen the plight of Ghanaians. But government has said otherwise.

According to government, revenue that would be raised from the electronic transaction levy would be invested in entrepreneurship, youth employment, security, digital & road infrastructure.

So far, government has held five Townhall meetings just to convince Ghanaians to support its efforts to widen the net tax.

The recent Townhall meeting took place at the Conference Hall at Freedom Hotel in Ho in the Volta Region.

The four earlier meetings were held at the Western, Eastern, Northern and Upper West regional capitals.

Housemate to be charged over murder of LGBTQ activist