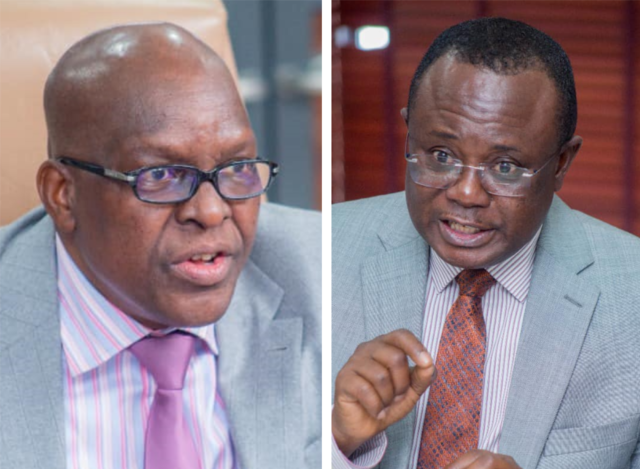 Law Lecturer at the University of Professional Studies Accra (UPSA) says the Supreme Court’s verdict on whether a Deputy Speaker can vote while presiding in Parliamentary proceeding has brought about further polarisation.

Speaking on JoyNews’ The Probe on Sunday, he stated that the polarisation has left him dissatisfied with the idea of taking the case to court.

According to him, he did not anticipate such happening after the ruling, adding that he expected that the ruling would “bring out some sanity into the body politics of this country particularly the House of Parliament.”

“The whole essence of me going to the Supreme Court was to ensure that the decision that would come ultimately from the Supreme Court would be more acceptable because it would not be tainted with any particular political colourisation,” he said.

He added that this notwithstanding, the decision from the Supreme Court “has brought about additional difficulties which have yet polarised our system,” which he sought to stop.

Mr Abdulai indicated that he intends to seek redress on the ruling by the Apex Court of the land and “if possible review the judgement.”

He said if the Supreme Court “unfortunately reaffirms, them sadly they have to take it like that.”

He, however expressed his excitement of the Supreme Court bringing finality to the matter.

The Supreme Court presided over by Justice Jones Dotse on Wednesday ruled that a Deputy Speaker can be counted during the formation of a quorum for Parliamentary decision-making and participate in voting while presiding over the parliamentary business.

The landmark judgement was given after private legal practitioner, Justice Abdulai, filed a case against the Attorney-General to contest the First Deputy Speaker, Joseph Osei-Owusu’s decision to count himself during a vote to approve the 2022 budget.

The verdict by the Supreme Court has left the two leading political parties – NPP, NDC, deeply divided with the Minority Leader in Parliament, saying that the ruling is likely to exacerbate the existing tension in Parliament.

Other members of the public have also expressed their dissatisfaction with the outcome of the verdict.