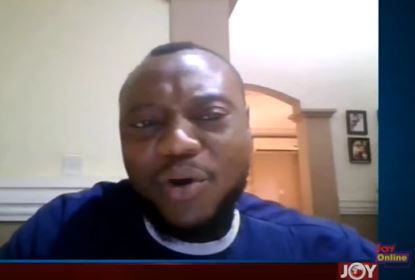 Legal practitioner, Osman Alhassan, has said the Supreme Court has no authority filling gaps in the Legislature that have not been catered for by the 1992 Constitution.

Mr Osman Alhassan made the comment in reference to the apex court’s ruling that a Deputy Speaker can be part of a quorum and cannot lose his or her original vote while presiding.

Speaking on JoyNews’ Newsfile on Saturday, he explained that there is no express provision that allows or limits a Deputy Speaker from being a part of a quorum or voting.

In view of this, Mr Osman Alhassan said instead of the Supreme Court filling the gap, Parliament should have relied on the residual powers conferred on it by the Constitution.

Therefore, he told host, Samson Lardy Anyenini, “the Supreme Court has no jurisdiction filling in those gaps.”

According to him, the apex court should have declined interpretation because “Justice Abdulai (the plaintiff) never brought in any provision of law saying that it is inconsistent with any provision of the constitution before the Supreme Court.”

His comment comes after Private Legal Practitioner, Justice Abdulai, asked the Supreme Court to interpret Articles 102 and 104 of the 1992 Constitution and declare the action of Mr Osei Owusu as unconstitutional.

He also wanted the Supreme Court to declare the whole proceedings in Parliament on November 30, 2021, which led to the passage of the 2022 budget as unconstitutional insisting that the Deputy Speaker should not have counted himself as an MP when he presided over proceedings.

On the matter, the court struck out portions of the standing orders of Parliament which reads, “A Deputy Speaker or any other member presiding shall not retain his original vote while presiding.”

This was after the Attorney-General argued that based on the clear provision of Article 102, any person presiding, either the Speaker or Deputy Speakers, is precluded from being part of that quorum.

The A-G believed that the quorum under Article 104 (1), which deals with the determination of matters through voting in Parliament, requires at least half of all MPs, and such a quorum is not the same as the one in Article 102.

Mr Godfred Dame contended that unlike Article 102, which precludes a “person presiding” from being part of the quorum, Article 104 (2) precludes explicitly “The Speaker”.

The A-G, therefore, held the position that only the person elected as “The Speaker” of Parliament is barred from forming part of the quorum under Article 104 when presiding, and not the Deputy Speakers who preside over proceedings.

But Mr Osman Alhassan believes the apex court got it all wrong. He said the context of the Constitution has not warranted a departure of the provision that is linking Speaker to a Presiding Officer.

“A Deputy Speaker or anybody presiding is acting (on behalf of) the Speaker and there is a provision in the constitution that says that anytime we mention Speaker in the Constitution, we are referring to the person also presiding.”

He further explained that, “The Supreme Court has come to that conclusion because in it there is the word except or otherwise which requires and they went through the whole provisions of Article 95, 96, 97 and chapter 10 and came to the conclusion that, that context does not require or refer to the Deputy Speaker who is acting as the Speaker. Which means that every limitation, privilege or right that applies to the Speaker will not apply to the Deputy Speaker when he is presiding. I disagree with that.”

According to Mr Osman, this is because the Constitution seeks to make a Deputy Speaker impartial should he stand in as Speaker.

So why will the constitution prevent the Deputy Speaker from being a Minister or Deputy Minister? It is because it wants him to be impartial because he will be presiding.”

Nothing will change about fuel prices – CEO of Bulk Oil Distributors

Enthusiastic Shatta Wale Storms Miami – Will take His Lovers On a Tour In...