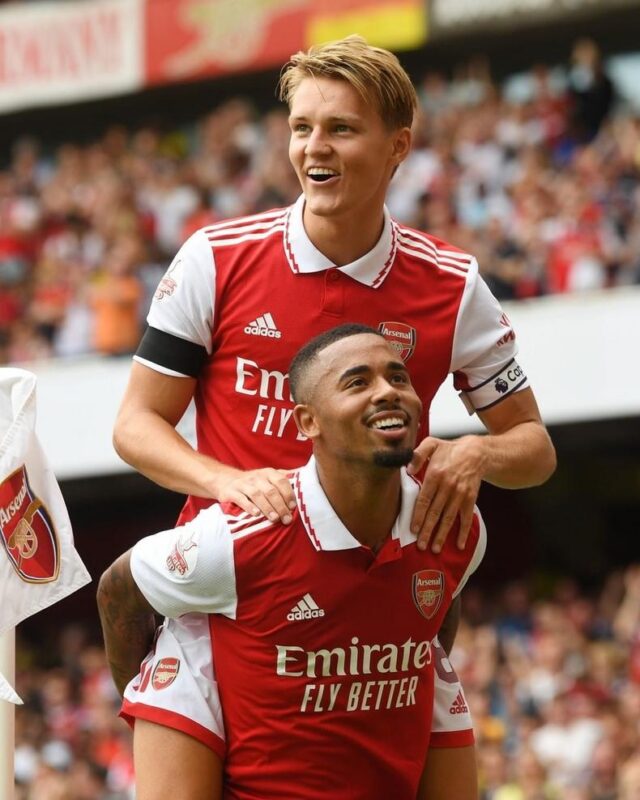 Despite rape accusations, Partey shines as Gabriel Jesus give Arsenal fans cause to happy with hattrick in 6-0 win against Sevilla


The Gunners produced an outstanding performance to defeat Sevilla and win the 2022 Emirates Cup.


Jesus scored in the second half to complete his hat trick and while new number 14 Eddie Nketiah scored the sixth to seal a comfortable win.


After a stunning hattrick against Sevilla, Arsenal fans are hopeful he will continue his good goalscoring form when the season starts against Crystal Palace on Friday, August 5, 2022.

Arsenal fans believe took to social media to praise Jesus for another strong showing. The reactions were positive as the fans now have high expectations of the Brazilian striker.


He however could not find the back of the net consistently which resulted in his departure to Arsenal as Manchester City recruited Erling Haaland.


Despite accusations of rape, Ghanaian midfielder Thomas Partey was in action in Arsenal’s Emirates Cup triumph.


Partey featured for 79 minutes before he was substituted for Egypt midfielder Mohamed Elneny.

Akomadi eyes ultimate with Hatayspor in the Turkish League

I was never a suspect in my late wife’s murder – Chris Attoh breaks...

It was a mistake to leave Hertha Berlin