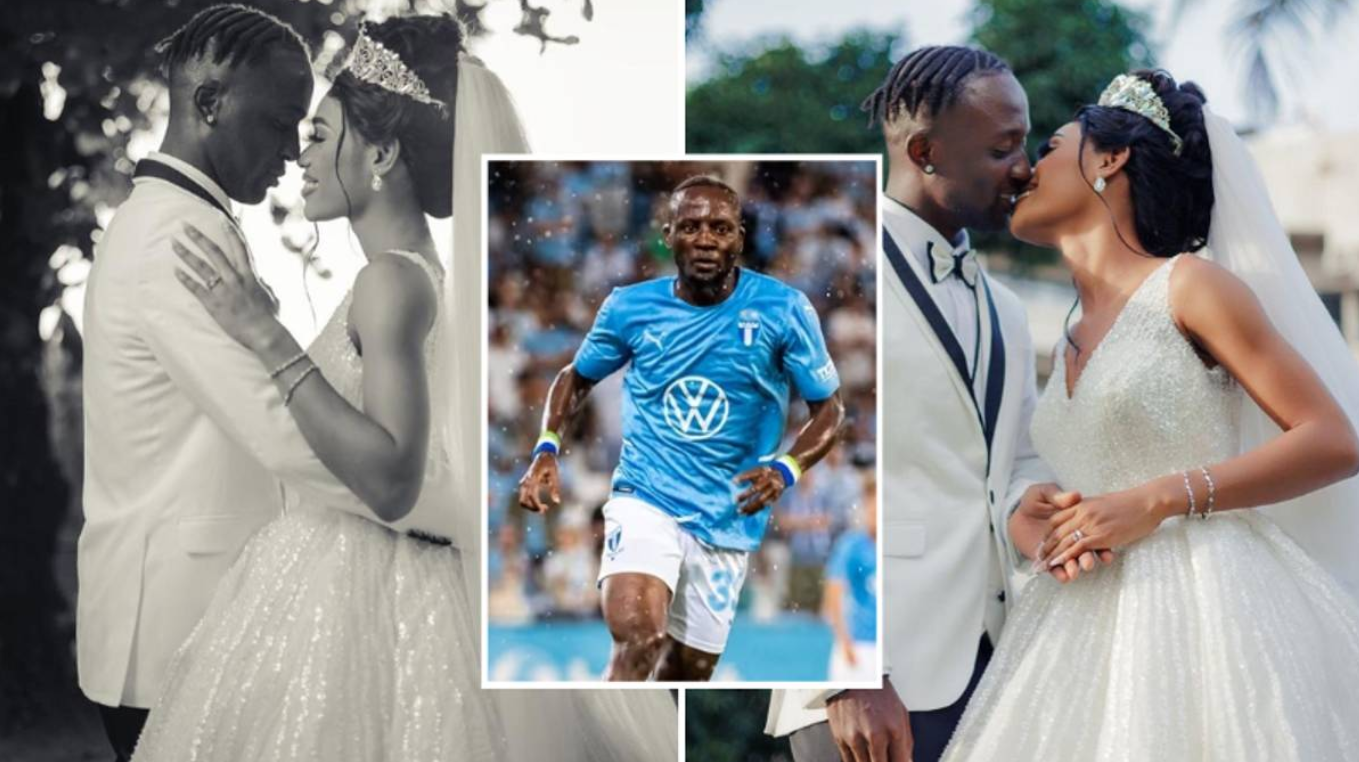 However, the 27-year-old forward was approached by Swedish side Malmo and needed to be present to finalise the deal.

According to a report by The Sun, Turay ended up missing his own wedding and asked his brother to represent him.

He made sure, though, that his bride Suad Baydoun wasn’t left all on her own as he sent his brother to finish the wedding ceremony.

The wedding, which took place on July 22, happened without the groom as he was away to sign another contract.

The footballer, however, made sure that he took some nice photos with his bride before taking off to Sweden.

“But I wasn’t there because Malmo asked me to come here earlier. We took the pictures in advance. So it looks like I was there but I wasn’t. My brother had to represent me at the wedding itself.”

“I will try to get her to Sweden and Malmo now so she can be close to me. She will live here with me.”

Turay has already begun enjoying life as a Malmo player, having featured in the club’s Europa League game last week.

Chelsea star Aubameyang teams up with Kim Kardashian in Milan

Celestine Donkor wins initially VGMA award just after 10 many years of ‘waiting on...