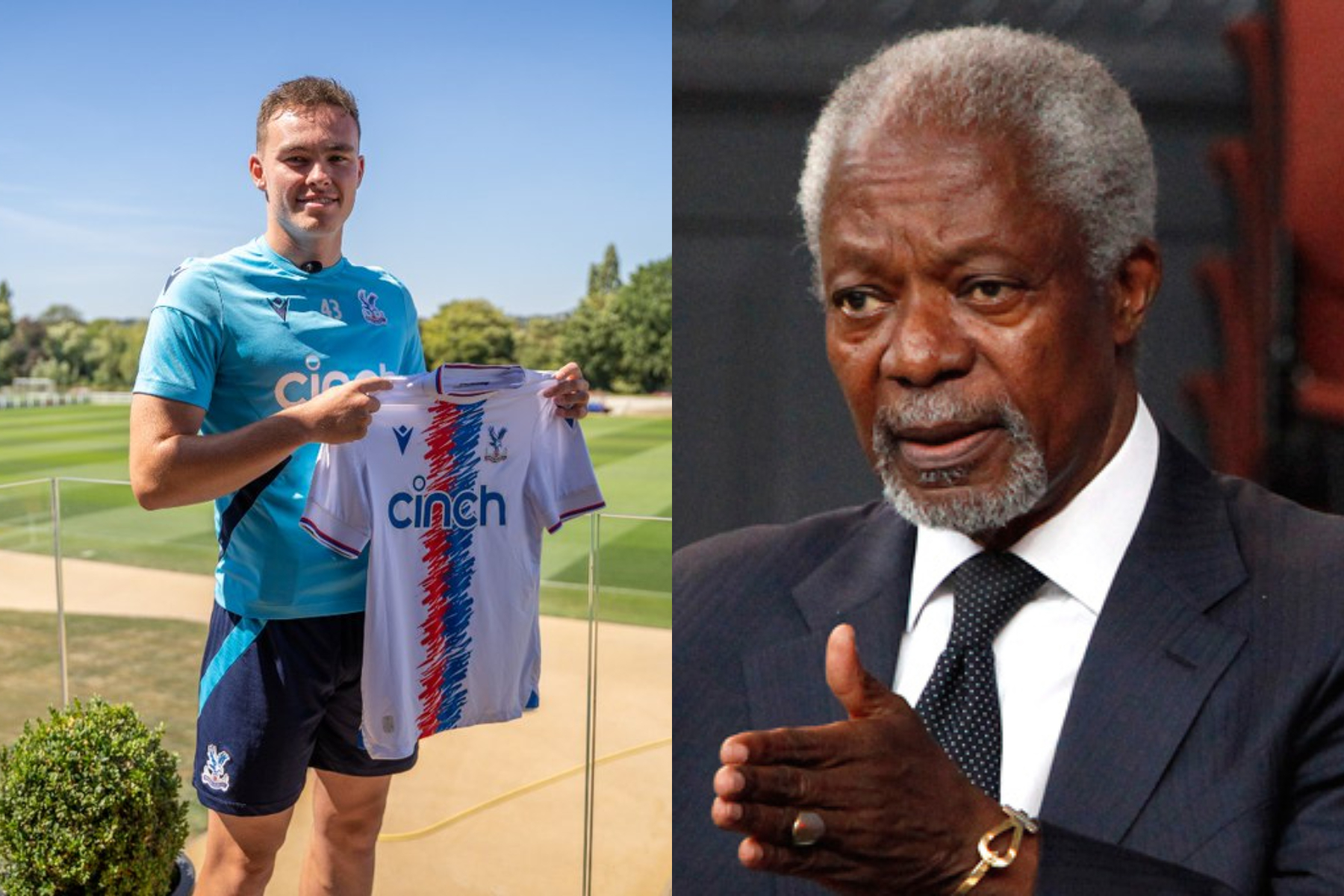 Balma is from Northern Ireland and has no ties whatsoever to Ghana, but his parents named him Kofi in honour of the late former UN Secretary-General.

Annan is widely regarded as one of the greatest diplomats from Africa, having risen to the pinnacle of the United Nations Security Council.

The Ghanaian passed away in Bern, Switzerland, at the age of 80, following what his family described as a short illness.

As a revered figure in international politics, many parents have since named their kids after Annan and Balmer is no exception.

The Northern Irishman, who made over 40 appearances across all competitions last season, plays for his country’s U21s.

“It’s surreal. I feel amazing. It’s every boy’s dream to play football professionally, but to come to a club like Crystal Palace with all the top quality facilities – I couldn’t have asked for anything better,” Balmer said after his unveiling.

“He fits the profile of young, hungry and talented players that we want at the club and he has already amassed a wealth of experience in Northern Ireland for both Larne and Ballymena.

“He joins a talented U21s squad and will provide stiff competition in the defensive area of the team.”

Balmer has now joined the growing list of footballers who were named after influential figures, with Cristiano Ronaldo also named after former US President Ronald Reagan.