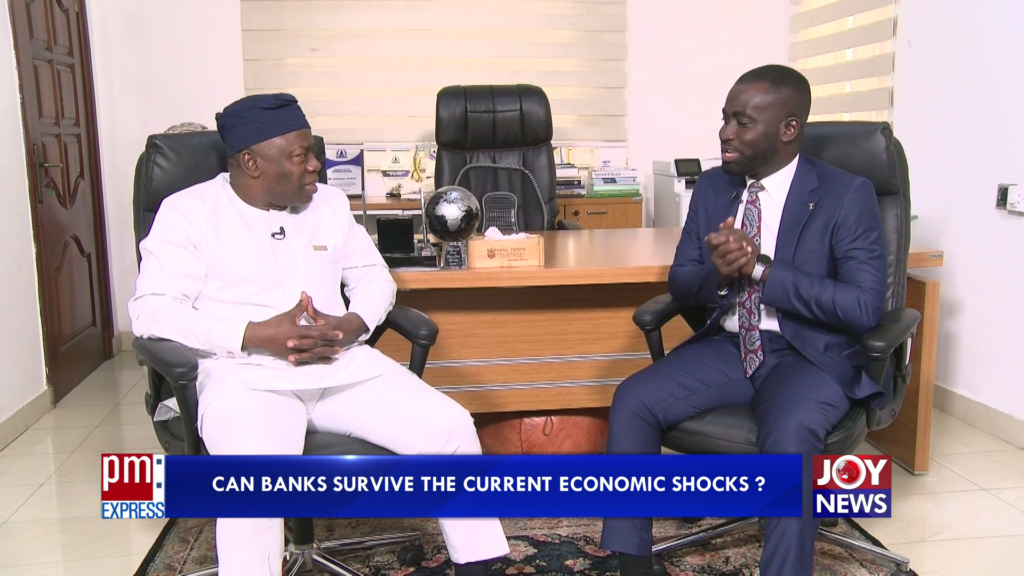 A former President of the Ghana Association of Banks, Alhassan Andani, says the banking industry remain the safest place to keep funds and investments despite the current economic challenges facing the country.

The show airs on the Joy News channel at 9 PM, and all social media platforms as well as DStv channel 421.

According Mr. Andani, the current regulatory environment and the necessary measures that have been instituted by the Central Bank will make it difficult for customers to lose their funds.

He maintained that the deposit protection scheme, which has been put in place by the Bank of Ghana will deal with all challenges faced by the sector.

The interview with Mr. Andani will be on the topic: “Can Banks Survive Current Economic Shocks?”

Following reports of a possible debt restructuring on the back of a Debt Sustainability Analysis by the World Bank and the IMF, there have been rumours that the some depositors could lose a fraction of their investments.

Some reports also suggest that commercial banks are facing serious liquidity issues, which could possibly impact on depositors funds.

Speaking on the Pre-Recorded Show, Mr. Andani maintained that the reforms that have been instituted in recent times by the regulator will be difficult to result in customers losing their funds.

According to him, it will be difficult for the banking sector to face a major challenge that will lead to panic withdrawal.

On the issue of restructuring, Mr. Andani said “I believe there are lots of banks that have already instituted measures to protect the funds of depositors and even investments as well”.

Mr. Andani also rejected accusations that most of the banks are to be blamed because they are not innovative in investing their funds, relying on only government bonds and securities.

The former President of Ghana Association of Banks, will also be sharing his thoughts about the decision by Ghana to sign up for an IMF programme.

Lizzo says ‘nothing changed’ when she became famous: her ‘anxiety and ‘depression didn’t go...

Hooliganism in Sunyani is a national security threat – GFA