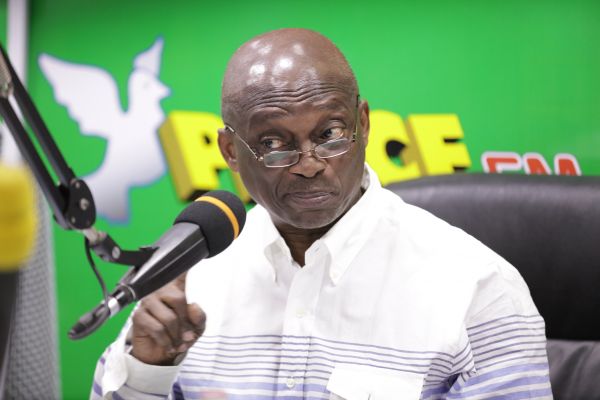 “The boos were dwarfed by loud cheers.”

He said after a careful study of the full video of the event, it shows that the boos were from a “tiny” group of people standing behind while those in front were only clapping and cheering.

“Their boos were inaudible,” he stated.

Nana Addo who delivered that keynote address at the 2022 Global Citizen Festival was met with loud boos and hoots from spectators.

As the crowd chanted ‘Away!’ the President delivered his speech without a hitch.

However, the New Patriotic Party (NPP) has attributed it to the opposition National Democratic Congress (NDC).

According to them, the NDC wanted to use it to score “cheap political points.”

Meanwhile, Hopeson Adorye, a leading member of the NPP has alleged that the NDC is the orchestrator of the booing incident.

He said the NDC paid those who booed President Nana Addo Dankwa Akufo-Addo.

Speaking in an interview on Accra-based Okay FM on September 28, 2022, Adorye alleged that the NDC through the Chief Executive Officer of 3Music Awards, Baba Sadiq, Larry Dogbe, and one Alhassan Suhuyini organized seventy-five Fadama boys to stage the incident.

He opined that the booing was orchestrated by the NDC as a result of the one-sided video from the incident even though ‘all the bloggers in Ghana were present and streamed live.

Baba Sadiq, he alleged was the mastermind having picked up information from organizers of the event that the president was going to be present.

Kurt Okraku set to be appointed WAFU Zone B president