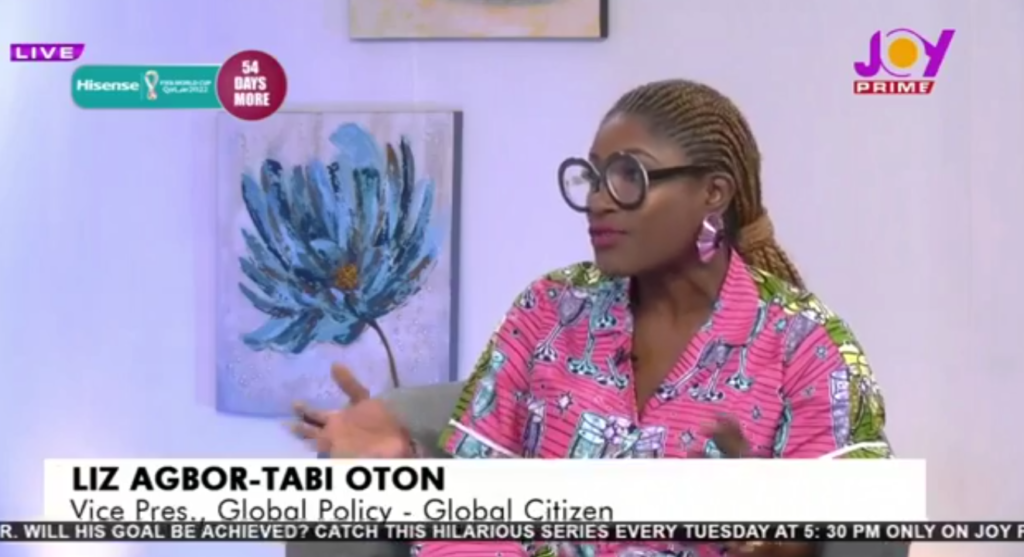 This was according to the Vice President of the Movement, Madam Liz Agbor-Tabi Oton.

Speaking to Host, KMJ on Prime Morning Tuesday, she said that funds mobilised will go a long way to curb extreme poverty in the world.

On Saturday, September 24, 2022, Global Citizens concluded its 2022 policy campaign with a nine-hour festival across two stages in Ghana and New York.

“We’ve been around for ten years and this year with this campaign we were able to mobilise $2.4 billion,” she said.

Liz Oton believes people are connected through music, hence the purpose of organizing a musical concert to advance the campaign agenda.

“We believe that music is the common language of humanity that connects all of us, and we’ve been able to leverage music and our artiste activists to advance our policy agenda. And I think that’s what makes us really special and appealing to young people,” she stated.

The vice president commended President Akufo-Addo and Ghanaians for supporting the festival and the campaign.

Meanwhile, the event has been deemed the best Ghana has ever seen. She said, “The event is an act of possibilities”.

Liz Oton also expressed gratitude to leaders across the world for contributing greatly towards the agenda.

‘I Salute You Sir and I Regard You’ – Rev Obofour Surrenders and Claims...