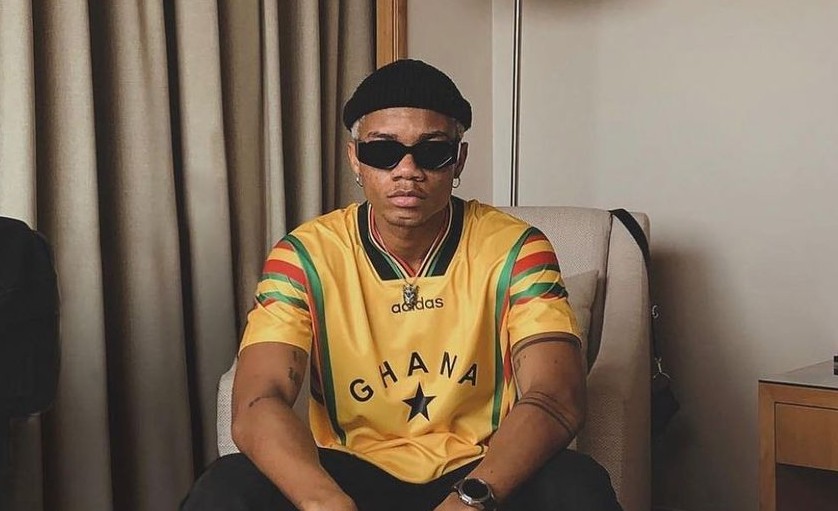 The singer found himself in trouble when some Twitter users pulled up his old tweets again. The singer was seen to take swipes at former Presidents John Mahama, John Agyekum Kufour and President Akufo-Addo.

He also openly talked about his “relationship” with TV show host Anita Akuffo back in primary school and many others that people find offensive.

This is not the first time KiDi’s old tweets have been dug. In 2020, he apologised for some “negative” posts he made especially ones targeted at rapper Sarkodie.

According to him, when he made those posts, he did not realise how negatively it would affect the people he talked about.

“But life has taught me to always appreciate people’s hustle and never speak ill about someone else,” KiDi wrote in his apology.

See some of the tweets and reactions below:

Kidi was once an underground agenda boy before he became musician and man has become big. Another win for twitter agenda boys. 🔥

Illiteracy is not a crime. I guess the end justifies the means after all. I made it in life so that’s what matters!

Kidi is a national asset and should therefore be protected at all cost. pic.twitter.com/ey9ZSnPZXd

Kidi and Ghana Yesu had a lot in common😂 Imagine them sending this Kid to Flagstaff House sekof en tweets😂 pic.twitter.com/XLZFzZbyvO

Kidi must really hide for doing this😭😭😭😭😭 pic.twitter.com/eMH3vkZgdw

Same kidi that’s disrespected Sarkodie woefully. That “Anyone who thinks Sarkodie will win a Grammy is an !diot” Kwaseato. pic.twitter.com/7T78Pk9hzH

To this extent? oh Kidi pic.twitter.com/wJ9MdbG3hf

back in 2013 agenda days, some guy tweet say Sarkodie dey dress like it dey snow for ein mind inside, I’m now convinced it was Kidi

This is a prove that Kidi didnt buy the account 😂ebe am naaa pic.twitter.com/GhL6JOuLhA

I’m pretty sure anytime Kidi gets dragged, he looks at the tweets and says to himself, “branding ntia anka mob3te”

Kidi really went hard on this one😂 pic.twitter.com/N9byeNUG2R

So after Anita Akuffo dumbed Kidi, he came on Twitter to say this. Girl dem sugar kraa get broken heart 💔 😭 pic.twitter.com/e0YgwCOq2d

Ma only problem rn be how kidi go explain this give Addo D wey he go barb am. pic.twitter.com/MIdN0oJ8PC

Wondering why Kidi is trending or why Abenkwan Twitter is dragging him? This thread will help you to catch up

Kidi was an agenda boy, a proper one at that pic.twitter.com/RJ65zK52nv

Kidi was just crazy.
He was on another level.

You can still be a kid and apply some common sense on social media. Age doesn’t matter here. He was actually using a smartphone and knew what he was putting out.

“Whenever a Sean Paul song came up in the Jamz room, I went wild on Anita’s ass”

When we make some tweets about some Musicians, you go drag we like we no get sense, you know what dem do before? just look at King Promise and Kidi. No difference

Kidi after seeing his old tweet all over the TL.😂 pic.twitter.com/0uNMqsrhXt

Kidi was heartless when he was Agenda dude then time🤦‍♀️😂😂😂

Tbh these Kidi tweets shouldn’t even be causing this much of a ruckus bc 2013? University year one? I assure you nobody had sense on this app pls

Meanwhile, some people are calling for others to desist from digging KiDi’s old tweets.

They noted that this is because he has since apologised for the comments he made years ago back in 2020.

Naah make you people cut Kidi some slack.. in 2020 this same issue popped up, he issued an apology.. As I said on my space, we have all tweeted foolish things before . Make we move on. pic.twitter.com/DAAOX2rwoX

I remember Kidi apologized in 2020 when some of these old tweets came up!!! pic.twitter.com/WsRZGRELQR

Mawuli SHS in need of an ultra-modern ICT lab

Akinwumi Adesina: Why the US is focusing on a flamboyant Nigerian banker