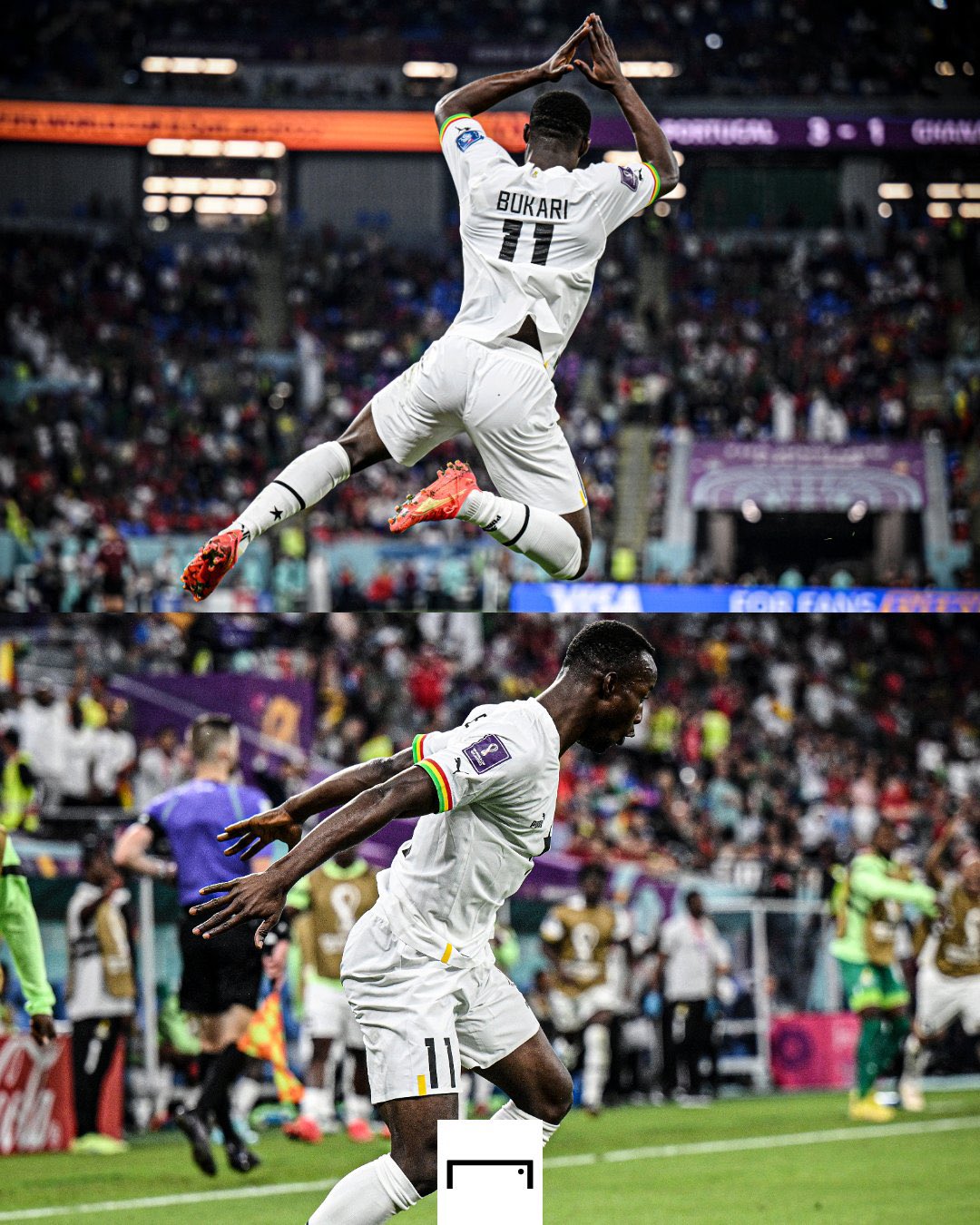 In a post on social media, the Hearts of Oak legend said Bukari was unserious.

“I was just shaking my head when I saw him jubilating. He is not serious”, he tweeted.

The Red Star Belgrade player has come under some harsh criticisms for doing the famous ‘Siuuuuu’ celebration after scoring Ghana’s second goal.

The striker in the 89th minute scored the second goal for the Black Stars after Portugal had a 3-1 lead.

Meanwhile, Black Stars captain Andre Ayew’s goal was not enough to save Ghana’s blushed in their opening game at the 2022 FIFA World Cup as Portugal beat Ghana by three goals to two at Stadium 974 in Qatar.

Team Ghana went into the game as the last African nation in the tournament to compete when none of the continent’s representatives had won their game.

Africa and I documentary: 20-year-old walks, cycles & skates from Casablanca to Cape Town,...

Benedicta Gafah wore the dreamiest Kente outfit ever for her traditional...